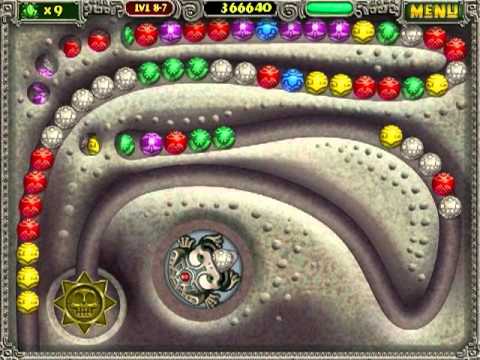 Zuma is a fast-paced tile-matching puzzle video game developed by PopCap Games, released in December 2003. Zuma Deluxe is an enhanced version of the game, released sometime in 2004.

The objective of Zuma is to eliminate all of the balls rolling around the screen along a given path, with other balls (the path is clearly visible in all of the levels except the last level), before these balls reach the yellow skull structure, which will open to varying degrees as a warning of oncoming balls. The player can carry two balls at a time and can switch at any time. As soon as one ball reaches the skull, the rest follow and the player loses a life. To prevent the balls reaching the Skull, the player can eliminate the balls by firing a colored ball from the stone frog idol’s mouth towards the chain of balls that will continue to push forward until the player fills the yellow bar, which is when the balls will stop producing off-screen. When three or more of the same color come in contact, they explode, possibly triggering other explosions as part of a chain reaction. The level is completed when after the bar is filled, the player eliminates all of the balls on the screen.

The game includes 22 levels. The levels are divided into three sets, which each has 7 levels. The player starts out with 5 levels in the first temple of Adventure Mode and one is added for new levels. The 22nd level, “Space” is the last level and the player is required to beat the Temple 12 before accessing.

Don’t get fooled by the nice colors, this game is evil! However, this is a full longplay of the game, with no deaths! 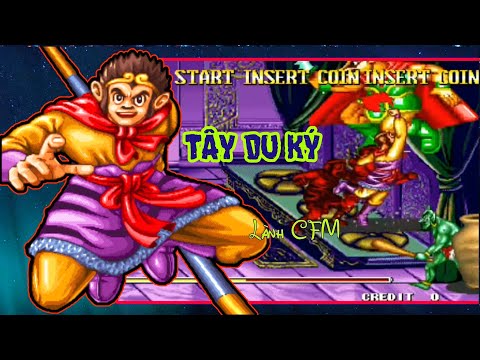